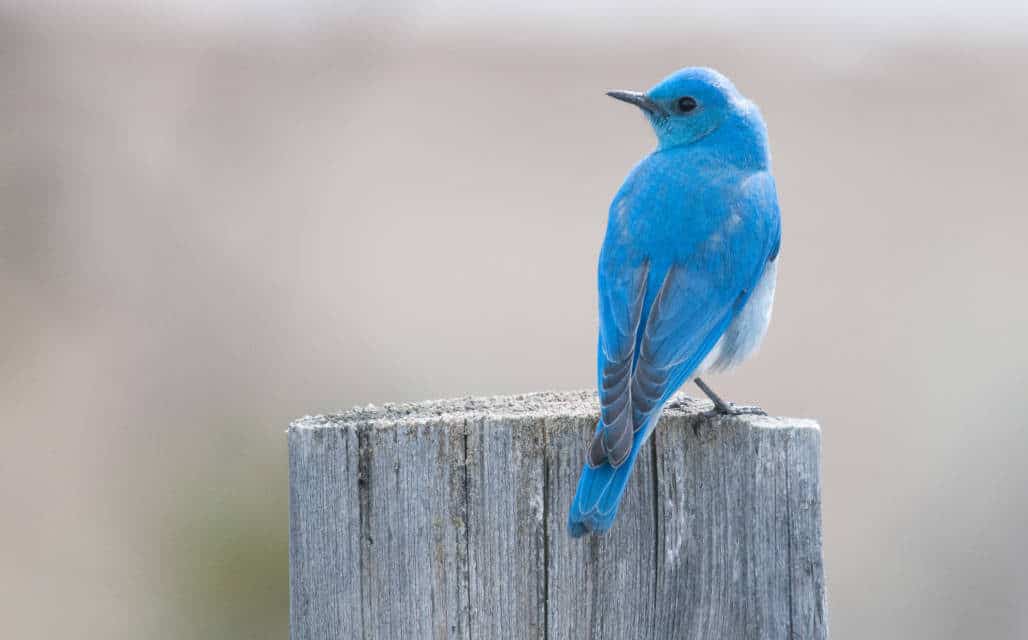 The Mountain Bluebird is among the most spectacular birds to call Mountain Valley Living territory home. Like most bird species the males are the stunning beauty of the mated pair. Sporting sky blue plumage from head to tail with darker trim on the wings, paler colors on the breast and white under the tail, these cerulean boys are dressed to the nines.

The lady Mountain Bluebirds have a more conservative sense of feather fashion wearing mostly gray-brown with accents of pale blue trimming the wings and tail. Both sexes are small members of the Thrushes family with rounded heads and straight black bills.

Comfortable with human presence, these colorful cavity nesters are a local favorite easily attracted by the right nesting box. The entrance hole should be small, around 1.75 inches in diameter and about 6 inches above the floor of the box. Position the entrance to face away from prevailing winds, and in an easterly direction for morning warmth and to avoid overheating by afternoon sun. 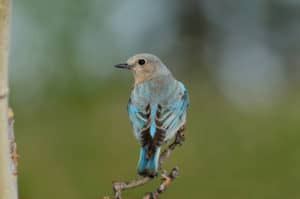 Females choose their mate based primarily on the location and quality of the nesting site he can offer. They will quickly bypass more attractive and fit suitors in favor of a superior nesting cavity. Although the male goes through an odd sort of miming behavior where he pretends to bring and offer nesting materials it is the female that builds the insulated nest on her own.

Preferring to gather her materials in the early morning, she fills the cavity or nesting box floor with dry grass stems, leaves and other vegetation. The Mountain Bluebird mommy then hollows out a cup just large enough to allow her to comfortably sit over her four to eight tiny, pale blue eggs. This carefully constructed cup is usually an impressive two to three inches deep, and strategically placed as far as possible from the entrance hole. She then lines the cup with finer plant material, such as fine grass stems, strips of soft bark and also in some cases wool, feathers and other soft treasures.

Mountain Bluebirds often reuse nesting sites throughout and between breeding seasons. As they recreate each nest accumulating nesting material can pile up to the edge of the entrance hole.

Although Dad doesn’t help build the nest he does frequently feeds his mate while she is sitting her eggs and tending her chicks. As he approaches with the food, the female may beg like the baby bluebirds with open beak, quivering wings, and begging calls. More often, she waits until her mate perches nearby, then silently flicks the wing farthest from him, seemingly sending him off to fetch her and the children a meal.

During the mating season Mountain Bluebirds eat mostly insects including beetles, grasshoppers, spiders and caterpillars. Unlike many thrushes, Mountain Bluebirds hunt from perches and while on the wing, hovering in flight to stalk and making quick dives to catch their prey. The azure acrobats can often be seen perched on wires, fences and hand railings in open spaces scoping the ground for a skittering insect snack.

As Winter sets, our fabulous feathered friends switch to a more vegetarian diet making a meal of grapes, currants, elderberries, blackberries, cedar berries, and the seeds of sumac, mistletoe, and hackberry. Winter also brings the Mountain Bluebirds together in large flocks as the last of the babies take to the air.

Sometimes gathering by the hundreds, clouds of these stunning sky dwellers can be seen foraging along pinion and juniper ridges as well as plowed over fields. These gatherings are truly a sight to behold.

As you travel through our neck of the woods this Summer season keep your eyes on the skies, watch the wires and other obvious perches while you relax outdoors or put up some nesting boxes in your own back yard. Either way will brighten your day when you are just feet away watching the marvelous Mountain Bluebird. Some facts courtesy of www.allaboutbirds.org. 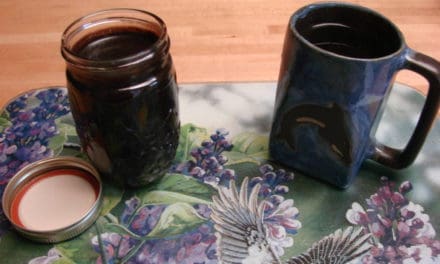 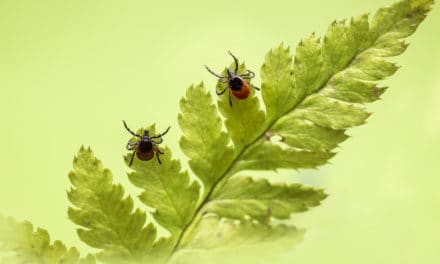 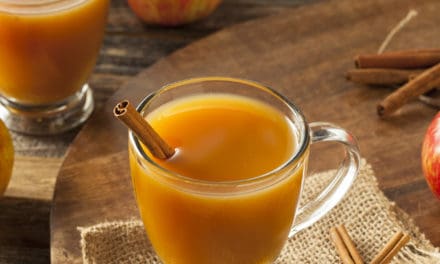 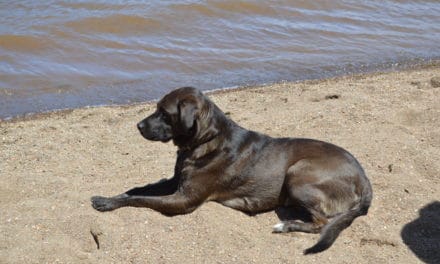