Even if some Americans today do not recognize his name, most are familiar with Philip Hyde’s iconic 1960s and 1970s landscapes that appeared in a solo show at the Smithsonian, campaigned to establish many US national parks and popularized the large coffee table photography book. Philip Hyde also co-founded the Plumas County Museum, which now fittingly will host the first show of David Leland Hyde’s exhibition, “Agriculture West and Midwest: Visual Stories of a Fading Way of Life from 17 States with Special  Emphasis on Plumas County,” from September 7 through December 29, 2018. 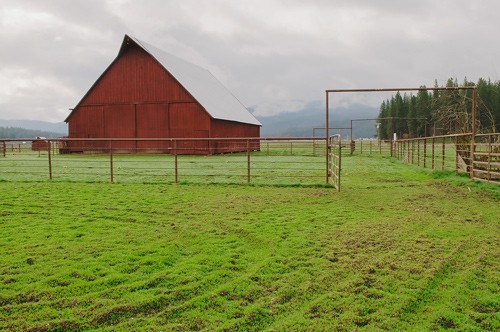 David Leland Hyde set out to make historically significant, yet artful photographs that will preserve the memory of the many vanishing barns and farms. Since 2009 when he bought a Nikon digital camera, the younger Hyde has made over 80,000 images, more than one third of which depict agrarian subjects. He produces archival prints in limited editions of only 100 from single capture master files.

“I strive to observe mundane scenes and simple beauty in an unusual and more present way,” Hyde said. While he traveled in the Midwest for three months in his dad’s 1984 Ford converted van, a reporter told him the state of Minnesota alone loses more than 300 barns a year. Meanwhile, in the West it has become common to use chutes to hold calves still for branding. However, David photographed local ranchers this year in Indian Valley who still do it the old way, roping and rustling the calves by hand. 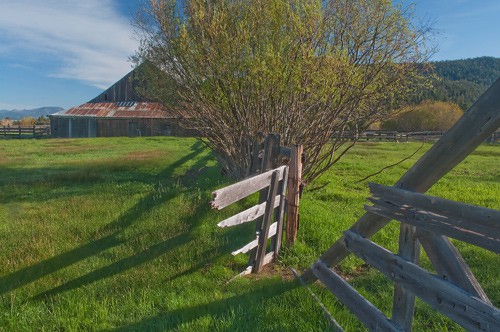 Their Restoration has stabilized the base of the Olsen Barn in Chester, preventing potential collapse under heavy snow or wind. However, many old farm structures no longer get much use to justify the high costs of maintaining them. Hyde hopes his project can bring awareness and funding for historical restoration efforts. Additional shows of his agricultural work and a book are also in the works.

He also arranged for this show itself to be a fundraiser. He plans to donate half of all proceeds from the sale of his art prints and other collectibles to the Plumas County Museum. Please attend and support the museum. The first 50 people to arrive at the opening will receive a keepsake gift.