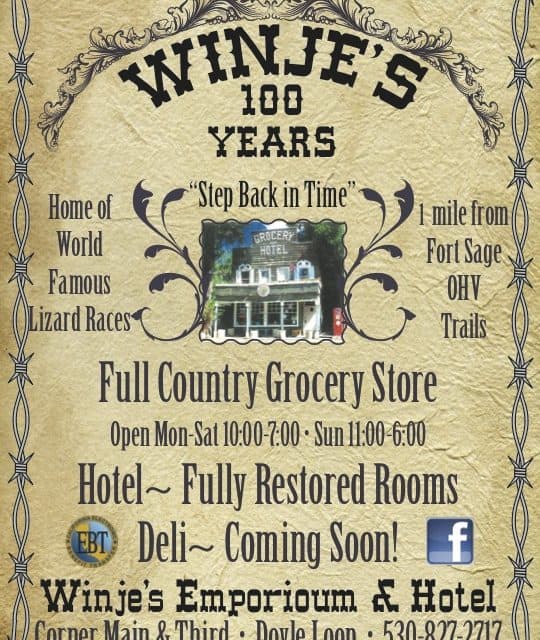 Take a Step Back in Time

Reading about the history of Lassen County is fascinating. Parts of Lassen still provide a perfect picture of the Old West as depicted in Hollywood’s best westerns. The land that stretches across this high desert valley became a busy place that served emigrants passing through to the Sacramento Valley in the early years. Peter Lassen spent his later years prospecting the Honey Lake Valley until he was murdered in 1859 on an expedition in the Black Rock Desert.  This area is full of Old West history. Doyle, California is said to bear the grave of Cowboy Joe Marsters, last of “The Wild Bunch.”  Cowboy Joe was actually a runaway boy when he was hired on to ride with Butch Cassidy and the Sundance Kid. In his early teens the infamous duo fled to South America. Joe wanted to go but Butch encouraged him to stay on the right side of the law and do something constructive with his life. He would go on to wok as a Wild West showman with Buffalo Bill and Slim Pickens. Later President Truman also awarded him a plaque for his service as one of America’s original FBI agents.

Cowboy Joe’s decision to reside in Doyle, California in Lassen County during his later years must have come with memories of his historic western past. He must have felt right at home in this still Old-West setting, where he stayed until his death in 1978 at the age of 84.

Not much has changed in the town of Doyle, still known for friendly neighbors and outdoor recreation.  Adventurers still visit the area often, although horses have been traded for off-road vehicles. The USDA Bureau of Land Management (BLM) manages Fort Sage Off Highway Vehicle (OHV) Park, a destination for off road enthusiasts.

We stood on the porch of the 101 year-old Winje’s Emporium and Hotel with proprietors Steve and Eileen Sader, who pointed out the Fort Sage Park on two sides of town. Ninety miles of routes running across 22,000 acres are designated for motorcycle, ATV and 4WD use depending on the width of the trail. Routes traverse a wide variety of terrain including flat, sandy, high desert sagebrush country and rocky, steep canyons and gulches. Routes are also marked for level of difficulty.

A neighbor pointed to the ridge that marks the Nevada border, stating that wild horses and Big Horn sheep can be viewed from many of the roads up there. The area is abundant with wildlife and attracts hunters, too. Well known for hunting pheasant and Chukar, there are also plenty more hunting and fishing opportunities nearby.

I was struck by the history in this quiet little town located just off Highway 395 on the Doyle Loop and even more struck by the hotel, which must have seen it all over the century past. Steve and Eileen just bought the place in January and it appears to have been a treasure hunt ever since, as they pull out antiques from numerous piles. Eileen adds her touches and has turned the upstairs into a charming hotel. Shared bath facilities and a private room come at just $45 per night. Slippers and fancy soaps are included with the towels in each room, just another touch that makes this place quaint and cozy. A common kitchen area and living room offer the comfort of home.

Every corner of the hotel is mingled with history from the old cowboy days of Doyle. Seven rooms are available now but the property boasts cabins outdoors as well, which are in the long-range plan for renovation. While the endeavor may have seemed overwhelming to many, this couple was up for the challenge. They opened the hotel just a few weeks before our visit and have had a steady stream of visitors.

The store downstairs is loaded with groceries and their deli is scheduled to open soon.

Riders who come to town for the off road park or hunting often enjoy Buckhorn Tavern across the street. Doyle is also home to the World Famous Lizard Races held annually.

A stop in Doyle also includes the opportunity to take their historic walking tour and check out the historic Constantia Church on 395. 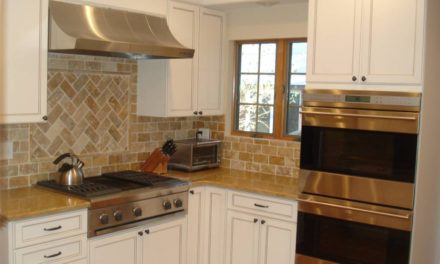 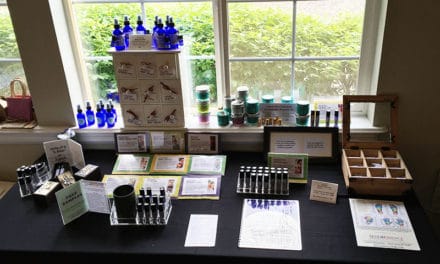