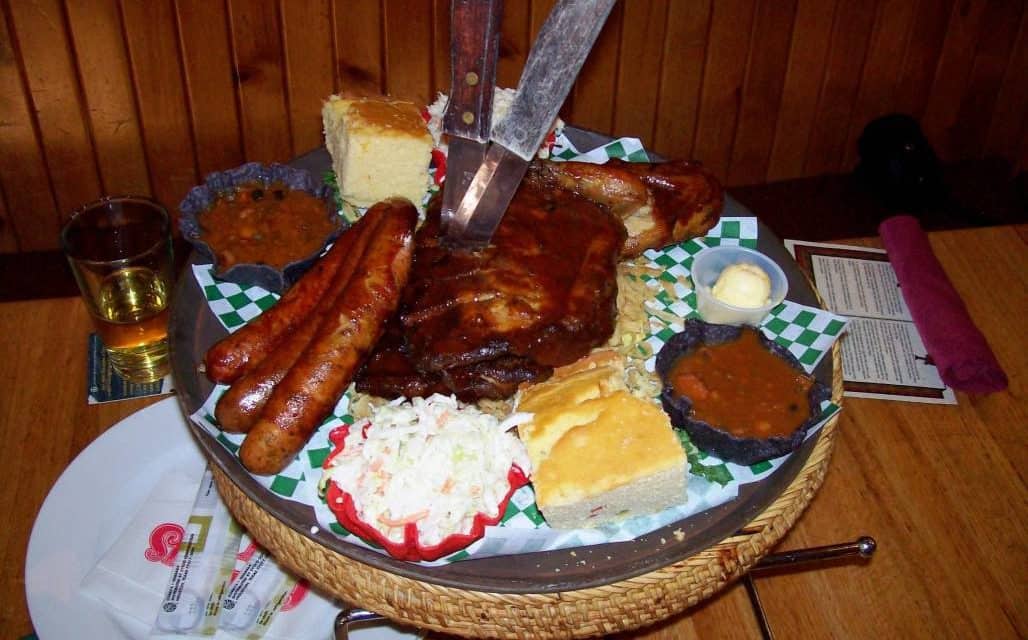 Every now and then during my wanderings I find a place that is truly out of the ordinary. Red’s Old 395 Grill at 1055 S. Carson Street in Carson City is beyond unique with antique cars, sleighs and larger than life old ship carvings hanging from the ceiling. Standing in the center of this old west restaurant you will find a 1923 Monarch Steamroller from Groton, New York that is one of the two left in existance. The steamroller was used to pave what is now Wall Street in New York City. The Fire Steam Water Pumper Fire Engine above the bar was built by the American La France Company in 1907 and sold to the City of Waco, Texas. Of course they want it back, but it belongs to the citizens of Carson City now. Red’s vast bottle collection consists of over 1,000 different varieties of beer from around the globe. Each and every bottle was consumed by one person, who, rumor has it, is still in possession of his original liver. The walls are covered with antique paintings, autographed photos, game mounts, boat oars, 7 TVs, a giant circus-style billboard menu and countless other curiosities too numerous to notice during our first visit in late July. My brother and I stopped in for dinner after a busy day in Carson City and spent a long time gazing about, trying to soak in the enormous collection. We wandered out to the luxurious patio, fully equipped with a gas-fired BBQ as well as a gas log fireplace and the best charcoal smoker, just to see what else there could possibly be. To our amazement the outside is as much a museum as the inside. A carved bear and a gurgling fountain made of wine kegs were my outdoor favorites but my brother was more impressed with the outdoor TVs and the copper smokestack advertising Red’s Old 395 Grill’s 101 Beer choices that compliment the full bar. Not only is the decor out of this world at Red’s, the BBQ is said to be the best west of the Mississippi. We decided to let handsome and friendly manager Todd Bachman choose our meal and boy can he and his staff throw down a meal. Our “surprise me” dinner was the famous Colossal Que For Two ($39.94) that included 2 racks of  Red’s bodacious BBQ Ribs that were smokey delicious and falling off the bone, melt in your mouth BBQ Chicken, 3 huge spicy Chicken Chipolte handmade sausages that we chose from a wide variety of sausage choices, 2 blue corn tortilla bowls full to the brim with Prairie Fire Baked Beans, 2 red corn tortilla bowls of tangy fresh coleslaw and two thick squares of corn and pepper cornbread complete with honey butter. There was so much tongue tingling food that we had to take our sinfully tasty Peach Cobbler with Vanilla Bean Ice Cream ($6.99) to go. I was thankful that Todd did the choosing because the menu has so much to choose from. A wide variety of Steaks, Chicken Piccata, Grilled Salmon, 8 Different Salads, Smoked Beef Brisket and a variety of delectable authentic Mexican Cuisine choices barely begins to give you an idea of all you can taste at Red’s Old 395 Grill. For a look at the full menu give them a click at www.reds395.com.You can place orders to go by calling 775-887-0395 but it would be a shame to enjoy that awesome fare anywhere but in the spectacular imaginarium that is Red’s Old 395 Grill. www.reds395.com 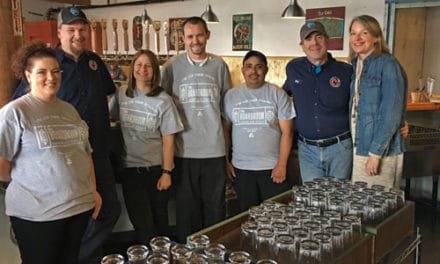 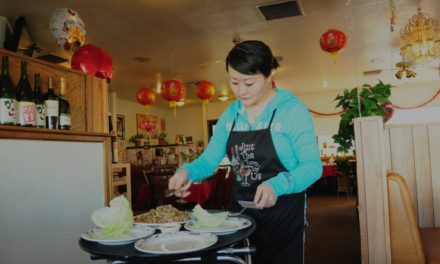 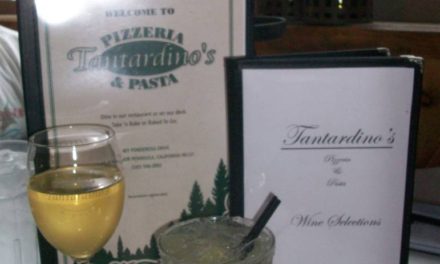 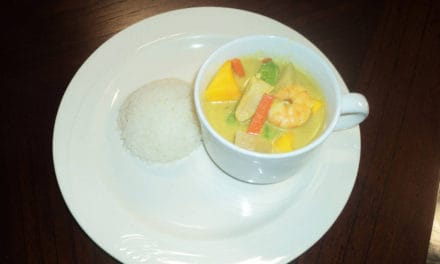