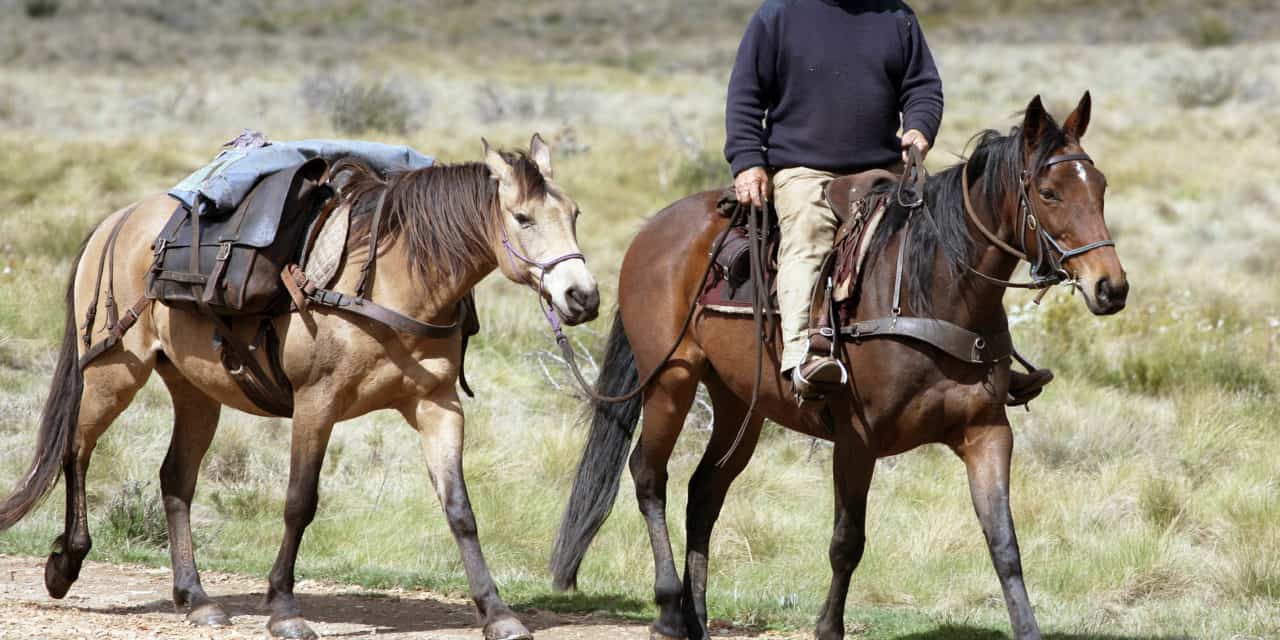 Visionary equestrians, Richard and Jeannette McGrath, are putting life to their dream of crossing the United States on horseback. They will be following the American Discovery Trail, but that’s just part of their dream.

They left from Pt. Reyes National Seashore on March 4th with horses carrying their equipment home in four saddle bags. A few days into their adventure, while riding up a steep trial, the pack horse Tiska fell off the edge jerking Richard’s horse Satchmo off the trail as well. After a short drop, the hillside continued very steep with the pack horse rolling down the hill while Satchmo scrambled to keep his feet under him. Richard wound up hanging upside down, his foot pinned to the saddle by the lead rope, bouncing along trying to avoid his horse’s hooves. Richard’s horse kept his feet and charged down the hill unable to stop for quite a distance. All three finally came to a stop without serious injury to the stock but with Richard getting banged around pretty good. Jeannette said later that she expected she would be burying all three of them. It wasn’t Richard’s first “rodeo,” and probably won’t be the last.

Richard and Jeannette live in Victor, Idaho, not far from Jackson Hole, Wyoming, where they work, shop, and attend church.

Jeannette grew up on a small family farm on the outskirts of Middletown, Connecticut. Kids at school made fun of her and called her “Farmer Girl,” but Jeannette figured that many of them were just jealous because she had her own horse. Jeannette’s family had a small heard of cattle, and there were no restrictions on making pets out of any of their animals, with the understanding that eventually members of the “Moo Set” would wind up on the table. Jeannette said she would ask at the dinner table which one they were enjoying at the time, apologize for having to eat the animal, kiss the first bite, and down the hatch. Jeannette exudes quiet confidence and has dreamed of riding across the country since kindergarten.

Richard grew up in a small town in Southern California and said he always wanted to be a cowboy. As a young teenager, a move exposed him to the violence of a rough neighborhood in the city where gangs were prevalent. And he could have continued down a wrong road, but his early interests prevailed. Among other jobs, Richard has been a logger and hunting guide. And if you were in a tough spot, you would want him to have your back.Richard and Jeannette met while attending Feather River College in the small mountain town of Quincy, California. They studied guest ranch design and management and horse packing. It was not exactly love at first sight, but eventually interacting through their studies and with mutual friends brought them together. After laying a foundation of friendship, love caught fire, and they married in their early twenties.

They worked together at ranches and stables in Colorado, Pennsylvania, and Wyoming. Their love of horses, their desire to give back to society, and their observations that horses and adventure opens people up emotionally has led Richard and Jeannette to the second part of their dream… to have a ranch where people can heal from emotional trauma, especially post-traumatic stress disorder… “recreational therapy,” if you will.

Hearts Up Ranch is in its incipient stages, but, as envisioned, will eventually be a 500-acre working guest and cattle ranch in Montana, Wyoming, or Idaho with trained counselors where people can heal form the past and begin to ride a different trail. Their ride across the country on the American Discovery Trail — 6,800 miles of coastal plain, mountain passes, desert, plains, farm country — through rain, snow, dust, and heat is a fund-raiser for Hearts Up Ranch.

Crossing California, they have had to traverse busy roads and back trails, navigate a high bridge over the Napa River, and take a ferry across the Sacramento River at Rio Vista. They have depended on the kindness of friends and strangers as well, and have continually had to “adapt, improvise, and overcome,” to borrow a phrase from a Clint Eastwood movie.

I read about the McGraths in the Chester Progressive newspaper and found their story compelling. A few weeks later, I was introduced to them at a ranch on the Suisun marsh where I volunteer working with horses and the disabled community. I began to wonder how they were going to get over the Sierras, especially considering our abundant snow and prolonged spring weather. I talked with them at a fund-raiser held in the town of Cool and offered to accompany them over the mountains and cook for them.

The afternoon of Tuesday, May 11th, I found myself in the snow at the 7,000-foot elevation on Highway 88 east of Jackson with my truck-mounted camper and utility trailer ready to join the journey for four days. A sweet lady named Tammy had accompanied the McGraths for the day providing protection driving behind them with her four-way flashers bringing attention to the hazard ahead.

The McGraths had ridden through a snowstorm for one and ha half hours and, after a 13-mile day, were ready to stop for the night. Camp was a turnout plowed of snow by an accommodating Caltrans snowplow driver. We all got better acquainted over a spaghetti dinner while the horses enjoyed their hay and well-earned rest. The McGraths were thankful for the warmth of the camper after sleeping out in a tent the night before.

The next day, traveling in the footsteps of history, we started for Carson Pass named after the famed explorer Kit Carson. This route has been witness to Native Americans, early explorers, Gold Rushers, and emigrants crossing the magnificent Sierras. We passed through an avalanche zone where two nights before a slide had crossed the highway and, after 17 miles, found a small trailhead parking area just off the highway near the Kirkwood Ski Resort that became home for the night.

On Thursday, we journeyed past Caples Lake, ever upward, and finally gained the pass at 8650 feet where we paused for pictures in front of the stone monument to Snowshoe Thompson, famous for carrying the mail on skis across the snowy mountains to Genoa, Nevada. Losing elevation rapidly on the east side of the pass, we traveled through beautiful Hope Valley and down into the canyon of the West Carson River where we refilled our water containers. Camp that night was an approximate two-acre former rock quarry off the highway with a good place to tie the horses. We were right next to the Horsethief Canyon trailhead which we later learned about. It was a relief to be down out of the snow.

Friday morning we were enjoying the warm sun, views of the snowy mountains, and the rushing West Carson RIver as we descended down into the Carson Valley. We finally had wider shoulders, a place to ride off the pavement. At our lunch stop on a side road, we met Kathy and Rich who live in the area and were curious about the journey. After visiting with them for a short while, Kathy said she had connections in the horse community and would make some contacts for the McGraths as they would be taking a break from the journey for a few days to fly to Connecticut for Jeannette’s brother’s wedding and would need a pasture to park the horses in. After a couple more miles, Richard and Jeannette had completed a little over 400 miles and their first state as we crossed the Nevada border on Highway 88. Yahoo!

Our last camp was just a dirt turnout at a “T” intersection but had all the elements to make it a special camp. After another 13-mile day, we were finally in beautiful ranch country with a sweeping view of the snow-capped eastern Sierra. There were quail and a nest 50 feet away where hawks were raising their young and dusk brought out the deer.  Spring had arrived and there were any geese in the area who were quite vocal. We were near the mouth of Luther Canyon, named for Ira Luther who lived in the area and operated a sawmill from 1858 to 1865. After 1865, it became known as Horsethief Canyon as John and Lute Olds ran an emigrant station there on the California trail… at least that was their “day job.” They also rustled horses fro the emigrants, sent them up Horsethief Canyon to the meadows where they recuperated and were later driven down to Woodfords where they were sold to other unsuspecting emigrants.

Next morning, our last together on the trail, I got to see more of their usual routine as they sorted and weighed their equipment and packed their animals. They had a break from this tedious chore for the last four days as they were accompanied and their gear had been hauled by “Detroit Horses.” Richard and Jeannette usually spend about three hours in the a.m. taking care of their animals, packing them up, and feeding themselves, then six to eight hours of travel followed by three more hours setting camp and taking care of the animals in the evening. Then in their spare time they touch up their journals.

The horses and mule all had distinct personalities, and I enjoyed getting to know them. Satchmo, Richard’s mount, is one-half quarter horse and one-half Percheron draft horse… big and solid. Jeannette’s horse Apache is an Appaloosa with pretty markings. Fiddle, the mule, is calm and intelligent,  seems to take everything in stride, and she loves to be scratched and petted. Tiska is a petite Icelandic horse, former brood mare, now pack horse. Spending time with her, you just want to hug her.

The trip had been a unique experience for me. I had never done that much cooking at once, and they always ate enthusiastically. I love history, and we found it around every magnificent corner. And it was so nice getting to know Richard and Jeannette a little and sharing their vision and the trail for a few days. We never got to share a campfire on this trip, but hope to in the future.

The McGraths will next head across Nevada roughly following the Highway 50 corridor. If you cross their path or are inspired to help them by donating to their cause, please extend them any kindness that you can. You can follow their blog by going to heartsupranch.com. Also check out Access Adventure, an organization that serves the disabled through horse-drawn wagon trips: info@access-adventure.org.

Happy trails to you, 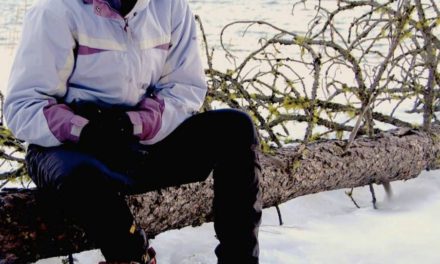 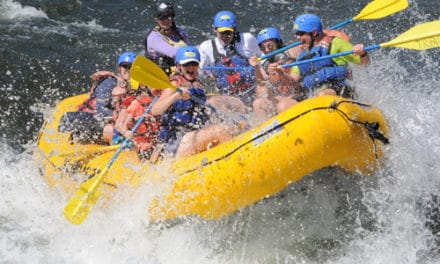 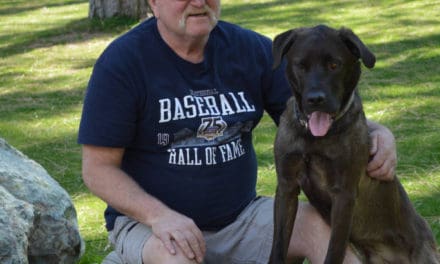 Travels with Tank Lost In The Woods 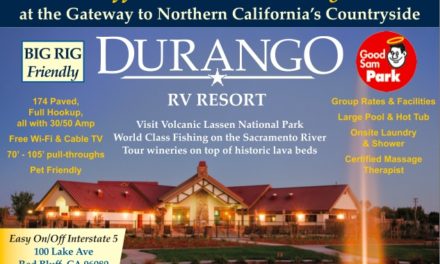