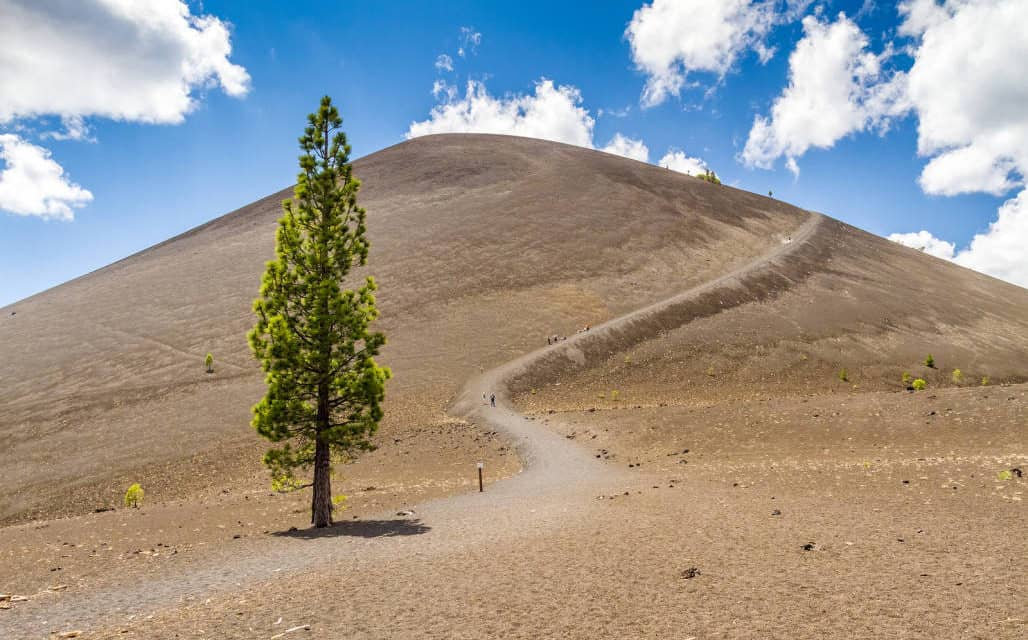 Did you know that all four types of volcanoes on earth (Cinder Cone, Shield, Composite and Plug Dome) are represented in Lassen Nation Park?

Cinder cone volcanoes (Cinder Cone) are formed from explosive eruptions where materials spew high in the air and cool before they hit the ground. Fine-grained rocks are blown away by winds. Coarser rock fragments remain in a cone-shaped pile, which can be hundreds of meters tall.

Shield volcanoes (Prospect Peak) are formed by frequent, quiet eruptions and are much larger in width than in height. As smooth lava flows build up, a dome shape is formed. Shield volcanoes usually change shape when eruptions become explosive late in the life of the volcano.

Composite volcanoes (Brokeoff Volcano) are very large and are formed from alternating explosive eruptions and quiet eruptions. This results in layers of ejected material covered by smooth lava flows. Composite volcanoes are usually symmetrical in shape and can be as high as several kilometers. 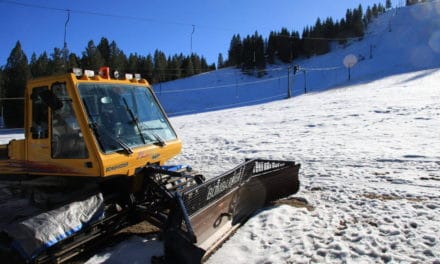 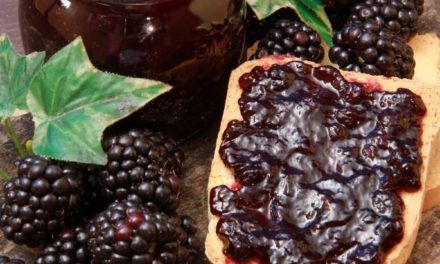 Cross Country Skiing On the Bizz